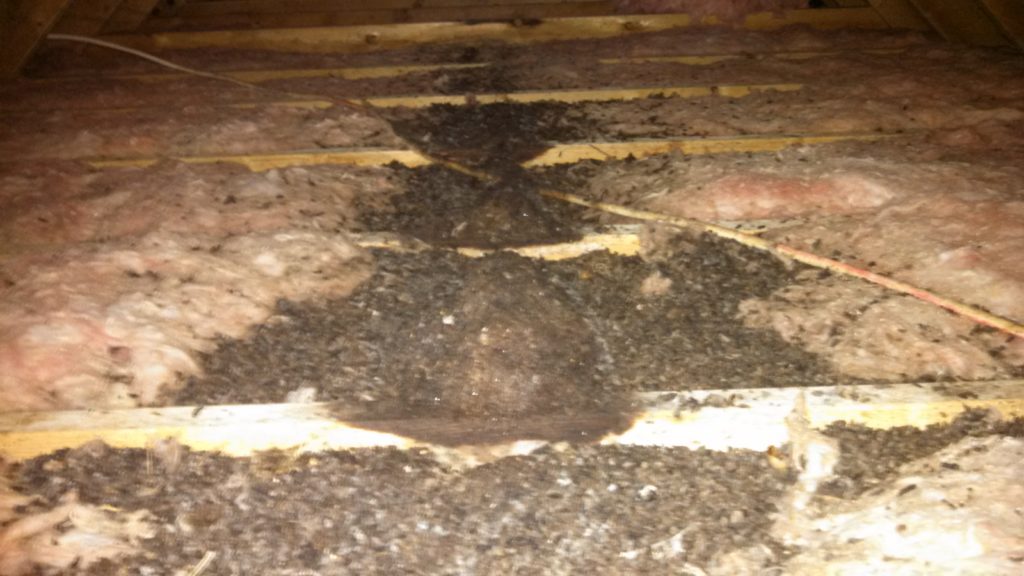 Histoplasma capsulatum is a fungus that lives in the natural environment in association with large amounts of bird or bat droppings. Lung infections may occur after fungal spores are inhaled. Many people who inhale the spores do not get sick, and the disease is rare in Michigan (despite the number of homes with bat colonies). The symptoms of histoplasmosis are similar to pneumonia. Health risks of contracting histoplasmosis has been highly publicized in the media.   This is the same fungal disease that is transmitted to humans through bird droppings(such as pigeons).

Growth of the fungus requires a warm humid environment that is common under rotting logs or in rich organic soil. The fungus can grow in the buildup of droppings that is present under roosts that have been used for a long period of time.

The risk of histoplasmosis exposure due to guano buildup in an attic is likely to be very low.  This is because people do not generally occupy attics where exposure might occur.  Also, most homes are maintained to keep moisture and water outside.  Despite all the bats that occupy attics in the state, bat-induced histoplasmosis is extremely rare in Michigan.